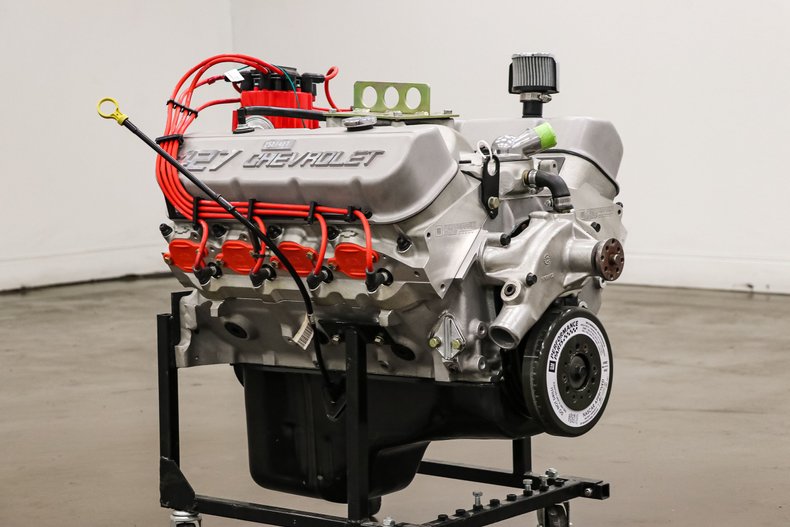 Predicting the future is no easy task, and this Chevrolet ZL1 Anniversary 427 Heritage Crate Engine stands as proof that a forward-thinking Winters foundry engineer was a muscle-car Nostradamus. The all-new 427 CI V-8 is a continuation of the storied ZL1, created with the original 1969 tooling that was discovered long after that keen-eyed engineer saved it from oblivion. Chevrolet commissioned the limited-edition ZL1 in 2008 to commemorate the 50th anniversary of its W-series big-block V-8, and this ZL1 is No. 252 of only 427 produced and is still in its original wooden crate with the protective cover intact. The all-aluminum big-block Chevrolet ZL1 comes with its exclusive Anniversary Edition package that includes an engine plate with specifications, matching owner's kit, certificate of authenticity and commemorative 427 crossed-flags badge set. Chevrolet and GM Performance Parts used the original ZL1 tooling to recreate each aluminum block in the production run. The engine blocks were machined to a 4.25-inch cylinder bore and hand-fitted with L88-specification 10:1 forged pistons, a high-performance roller camshaft and balanced rotating assembly with a 3.76-inch stroke. The engine is fitted with an 870 CFM carburetor on an aluminum intake manifold mated to high-flow aluminum cylinder heads. Like the original, the limited-edition ZL1 is conservatively rated for 430 HP and 450 lb-ft of torque. Following the production of exactly 427 ZL1 Anniversary engines, the historic tooling was permanently retired by Chevrolet. Like all GM Performance Parts crate engines, the ZL1 Heritage engine is backed up by a rigorous program of 50-hour full-throttle engine dynamometer testing and validation at maximum horsepower and peak torque. The crate engine waits to carry on the ZL1 high-performance legend under the hood of its next muscle machine.

Thank you for your interest! We will get back to you soon.
You may also be interested in.....